David T. Wenzel: Noted Illustrator of The Hobbit to give September Demonstration 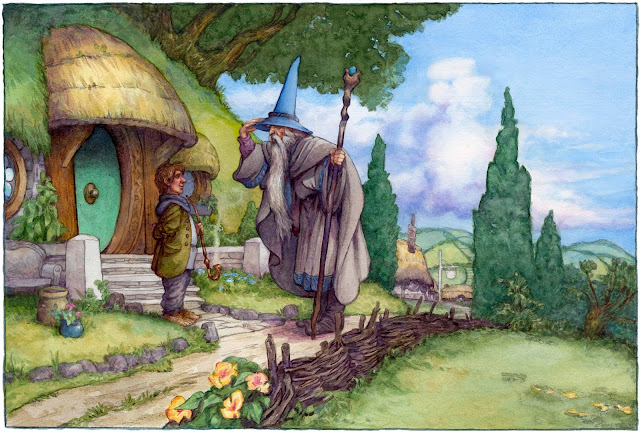 Noted illustrator and children’s book artist David T. Wenzel, best known for his visualization of J.R.R. Tolkien’s The Hobbit, will give a demonstration on Saturday, September 24 at the Indian River Park and Recreation Building from 1:00 – 3:00p.m. Sponsored by Clinton Art Society, the demonstration will have a wide appeal to both children and adults because the artist will be demonstrating a variety of illustration techniques used in his works.

The Hobbit, Graphic Novel is one of the most successful graphic format adaptations of a piece of classic literature. It has made its mark to a worldwide audience and has recently been updated with a new cover, larger format, and 32 new pages of artwork recreated by David. Over his career David has worked for most of the major publishers and been able to work with a cast of talented authors. His illustrations for Kingdom of the Dwarves, written by Robb Walsh, allowed David to recreate an entire underground civilization based on the archeological dig at Aegol Barrow. For the book The Wizard’s Tale, by Kurt Busiek, David created hundreds of tiny supernatural creatures called Alchemites. You may even see a few playing about on David’s web site, www.DavidWenzel.com. Other notable works include the Christmas bestseller Rudolph the Red Nosed Reindeer, by Robert L. May, A Hat For Ivan, by Max Lucado and several books in the Little Bear series which were art directed by Maurice Sendak. Many adults may remember David Wenzel from the days when he worked on The Avengers for Marvel Comics. David Wenzel lives in Connecticut and teaches Illustration at Lyme Academy College of Fine Art. The demonstration is free and open to the public. The Indian River Complex is located at 201 Killingworth Turnpike.

For more information go to www.clintonartsociety.info.
Posted by Clinton Art Society at 12:57 PM

On view at Liberty Bank, Old Saybrook, through July 31 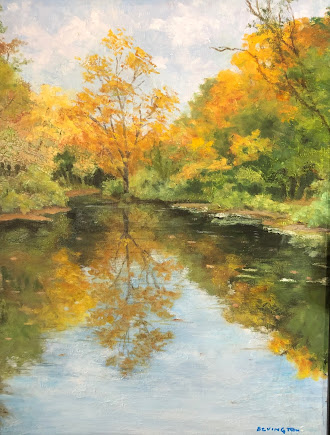 On View at Liberty Bank Gallery through July 31 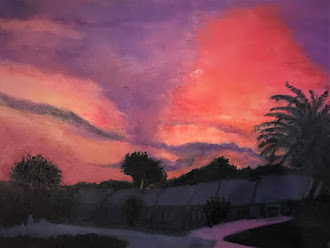 On view at Water's Edge Resort Gallery through July 31 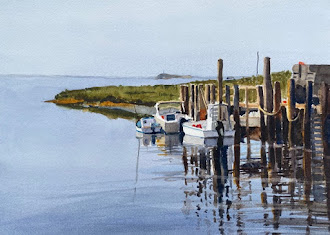 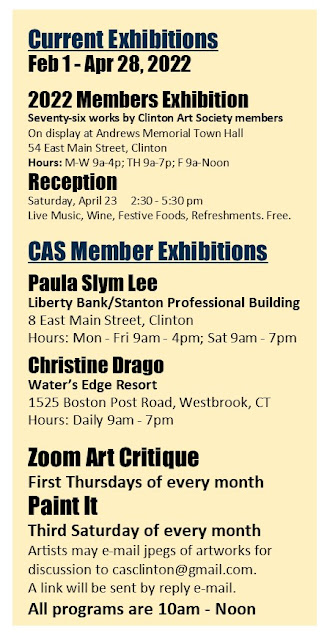 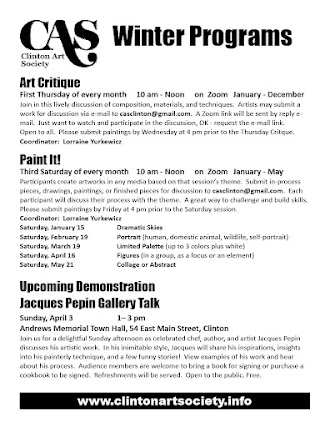